Revert (REVEal Rendering Test) is an iOS project we’ve built to help test the performance and accuracy of Reveal, our runtime view hierarchy inspection tool. It contains a number of examples which highlight both common and edge case scenarios, and helps us to ensure that we don’t regress or introduce rendering and serialization bugs when updating Reveal.

We’re releasing Revert so that:

Get it now from GitHub.

Accuracy as a goal

The way in which Reveal interprets this information visually is critically important for users who rely on our app to present an accurate reflection of their application’s state. We go to great lengths to ensure that Reveal renders as accurately as possible, and this focus on accuracy has influenced our approach in a number of areas.

The end result is that what you see on screen in Reveal is much more accurate to what’s actually visible on your device or simulator.

Using Revert’s test suite as an example, it’s pretty easy to see how much more accurate Reveal is than the Xcode view debugger:

MKMapView displays the origin of Itty Bitty Apps employees. All the annotations are linked together by an MKPolygon.

A selection of transformed views with embedded subviews showing both the transformed and identity (non-transformed) positions:

The behaviour when mixing constraints and transforms changed between iOS 7 and 8. We published a breakdown of these changes in a previous blog post.

Shows the effects of bounds and anchor point changes.

Reveal’s accuracy is the result of a huge amount of development work. The examples above present a few specific scenarios that highlight the care we take, and the level of detail we pursue when developing Reveal.

We’ve made Revert available on GitHub under a BSD 3-Clause License.

We’ve tried to include as many scenarios as possible, but if you’d like to add your own or suggest one that should be supported, please feel free to create a pull request or contact us directly via our online support. 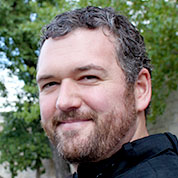